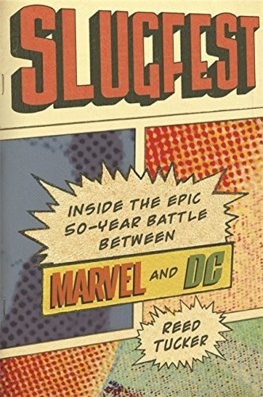 Over the years, the companies have deployed an arsenal of schemes in an attempt to outmaneuver the competition, whether it be stealing ideas, poaching employees, planting spies, ripping off characters or launching price wars. Sometimes the feud has been vicious, at other times, more cordial. But it has never completely disappeared, and it simmers on a low boil to this day.

This is the story of the greatest corporate rivalry never told. Other books have revealed elements of the Marvel-DC battle, but this will be the first one to put it all together into a single, juicy narrative. It will also serve as an alternate history of the superhero, told through the lens of these two publishers.