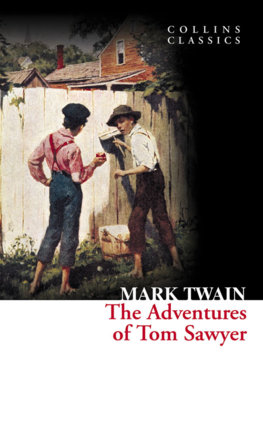 ‘Now he found out a new thing – namely, that to promise not to do a thing is the surest way in the world to make a body want to go and do that very thing.’

An idyllic snapshot of a boy’s childhood along the banks of the Mississippi River, Twain’s The Adventures of Tom Sawyer is the author’s work that comes closest to his boyhood experiences of growing up in Hannibal in the 1840s.

Mischievous and full of energy, Tom enjoys childish pranks and pastimes with his friends, Huck Finn, the town outcast and Joe Harper, his best friend. However, at the town graveyard, Huck and Tom witness a murder, carried out by local vagabond Injun Joe. They vow never to tell a soul about what they have seen and so begins their journey into adulthood as Tom wrestles with his own morality, guilt and anxiety.

A ‘coming of age’ tale, it is through Tom’s adventures and relationships with others that he becomes more responsible and more aware of his own inner conflict. Through the central characters of Tom and Huck, Twain satirises the moral rigidity of society and adult hypocrisy, whilst at the same time giving a nostalgic portrayal of a young boy’s journey into adulthood.

The Adventures of Tom Sawyer

Journey To The Centre Of The Earth