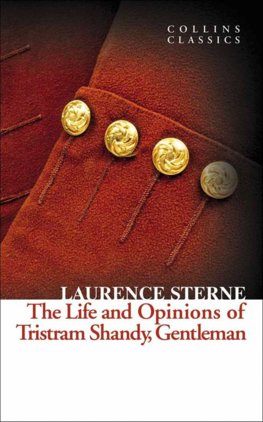 Now seen as one of the great English comic novels, ‘Tristram Shandy’ caused a stir on publication in polite 18th-century English society. The novel broke with conventions of form and structure, foreshadowing postmodern authors by 200 years, and scandalized with bawdy descriptions and rambling prose. Hugely influenced by Francis Bacon, Rabelais and Jonathan Swift, clergyman Lawrence Sterne manages to both eloquently champion the literary and scientific views of the day, and to satirize those same idols in the next outrageous breath.

The questionable ‘hero’ and narrator of the novel, the eponymous Tristram Shandy, attempts to tell the reader his life story, but as he digresses ever further on everything from sexual practices, the importance of a name, obstetrics, linguistics, weaponry and philosophy, the reader quickly learns that the path won’t be a linear one, and gets wrapped up in the author’s exuberance and wit – as Tristram’s ill-fated conception and birth don’t even enter the story until Volume III. Encompassing a humorously memorable cast of misfits, including his eccentric father Walter, obsessive Uncle Toby, accident-prone mother Susannah, pastor Yorick, and a gaggle of other characters, Tristram Shandy’s restless energy and modern-seeming wit explain why Nietzsche, Karl Marx, Schopenhauer, Michael Winterbottom, and Michael Nyman count among its numerous fans.