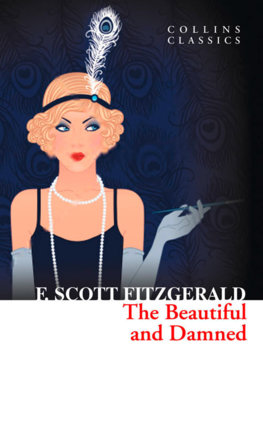 From the author of The Great Gatsby, a tale of marriage and disappointment in the Roaring Twenties.

Fitzgerald’s rich and detailed novel of the decadent Jazz Era follows the beautiful and vibrant Anthony Patch and his wife Gloria as they navigate the heady lifestyle of the young and wealthy in 1920s New York. Patch is the presumptive heir to his grandfather’s fortune, and keeps his equally spoiled wife in comfort while biding time until his grandfather’s death. Patch is unable to hold down any kind of job and spends his days in luxury, indulging in whatever pleasures are available. But as the money begins to fail, so does their marriage. Patch’s gradual descent into alcoholism, depression and alienation from his marriage ultimately lead to his ruin. Fitzgerald’s novel is a remorseless exploration of the horrors of an age of excess and lost innocence.

F. Scott Fitzgerald is regarded as one of the greatest American writers of the 20th century. Despite his present popularity, Fitzgerald was often in financial trouble, due to the fact that only one of his novels sold well enough to support the extravagant lifestyle that he and his wife Zelda adopted, and later Zelda’s medical bills. His novel The Great Gatsby has sold millions of copies and remains a continual best-seller.

Tales of the Jazz Age

This Side of Paradise

Around The World In Eighty Days