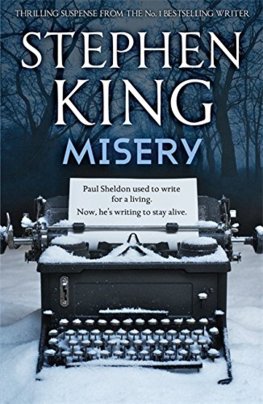 Misery Chastain was dead. Paul Sheldon had just killed her - with relief, with joy. Misery had made him rich; she was the heroine of a string of bestsellers. And now he wanted to get on to some realwriting.

That's when the car accident happened, and he woke up in pain in a strange bed. But it wasn't the hospital. Annie Wilkes had pulled him from the wreck, brought him to her remote mountain home, splinted and set his mangled legs.

Wind Through the Keyhole

The Punishment She Deserves

My Name is Charles Saatchi and I am