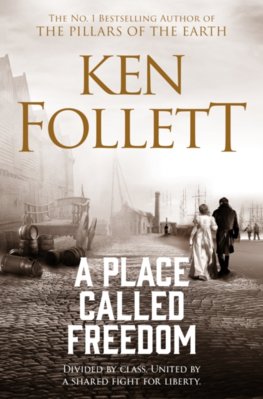 Set in an era of turbulent social changes, A Place Called Freedom is a magnificent novel from the undisputed master of suspense and drama, Ken Follett. A Life of PovertyScotland, 1767. Mack McAsh is a slave by birth, destined for a cruel and harsh life as a miner.

But as a man of principles and courage, he has the strength to stand up for what he believes in, only to be labelled as a rebel and enemy of the state. A Life of Wealth Life feels just as constrained for rebellious Lizzie Hallim, as she struggles with the less cruel circumstances of wealth and privilege. Fiercely independent, she is engaged to a man she doesn't care for, a landlord's son and heir to an exploitative business empire.

A Search for FreedomLizzie finds herself helping Mack after he becomes a fugitive. Separated by class but bound by their yearning for freedom, they escape to London. True freedom, though, lies further afield, in a new life that awaits across the Atlantic Ocean .

Admissions : A Life in Brain Surgery