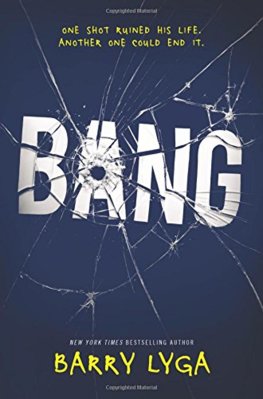 A chunk of old memory, adrift in a pool of blood.

Sebastian Cody did something horrible, something no one--not even Sebastian himself--can forgive. At the age of four, he accidentally shot and killed his infant sister with his father's gun.

Now, ten years later, Sebastian has lived with the guilt and horror for his entire life. With his best friend away for the summer, Sebastian has only a new friend--Aneesa--to distract him from his darkest thoughts. But even this relationship cannot blunt the pain of his past. Because Sebastian knows exactly how to rectify his childhood crime and sanctify his past. It took a gun to get him into this.

Now he needs a gun to get out.

Unflinching and honest, Bang is as true and as relevant as tomorrow's headlines, the story of one boy and one moment in time that cannot be reclaimed.