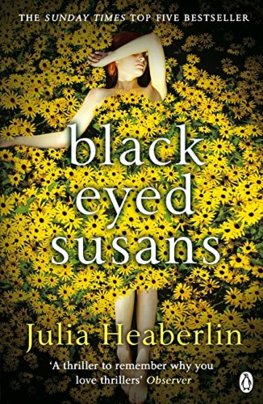 'My book of the year so far. Breathtakingly, heart-stoppingly brilliant' Sophie Hannah, internationally bestselling author of The Narrow Bed

A chilling new thriller that gets into the heart and mind of the killer, and the victim . . .

Seventeen-year-old Tessa, dubbed a 'Black-Eyed Susan' by the media, became famous for being the only victim to survive the vicious attack of a serial killer. Her testimony helped to put a dangerous criminal behind bars - or so she thought.

Now, decades later the black-eyed susans planted outside Tessa's bedroom window seem to be a message from a killer who should be safely in prison.

Haunted by fragmented memories of the night she was attacked and terrified for her own teenage daughter's safety, can Tessa uncover the truth about the killer before it's too late?

My Name is Leon

The Girl in the Ice

Agatha Christie: A Life In Theatre: Curtain Up