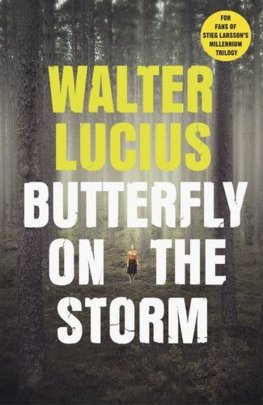 Haunted by a past you can never escape . . .

A young boy wearing jewellery is found in woods outside Amsterdam. Broken and bloody, he appears to be the victim of a brutal hit and run. When the police at the hospital ask what happened, the one word the boy whispers - 'Padar' - they don't understand.

But journalist Farah Hafez does. She left Afghanistan as a child and she recognizes her native tongue. As the boy is taken into surgery she finds herself visiting the scene of the crime, seeking to discover how a little Afghan boy came to be so far from home.

Instead, she comes across a burnt-out car and two bodies - sinister clues to something far darker than a simple hit and run.

It is just the start of a journey that will lead her from one twisted strand to another in an intricate web of crime and corruption that stretches across Europe and deep into a past that Farah had sought to escape - a past that nearly killed her.

Butterfly on the Storm is a tense, atmospheric and compelling crime thriller that will put you on the edge of your seat until the very last page.