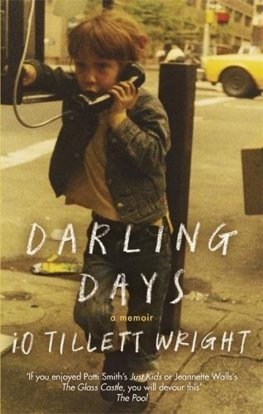 I WAS BORN, SEPTEMBER 1985, IN THE VORTEX OF THE LOWER EAST SIDE OF NEW YORK: THERE WERE FEW RULES OF LIFE AND ZERO CONTRAINTS ON BEHAVIOUR. IF YOU WERE NOT ECCENTRIC, YOU WERE WEIRD.

It was a tenement building at the centre of the drug-addled, punk-edged, permanent riot that was iO's corner of the Lower East Side of New York City in the '80s and 90's. There iO grew up - or rather scrabbled up - under the broken wing of a fiercely protective, yet wildly negligent mother.

Rhonna was a showgirl, actress, dancer, poet. A widow by police murder, she was also an addict. She doted and obsessed over iO, yet lacked an understanding that a child needs food and sleep and safety.

Unfolding in animated, crystalline prose, an emotionally raw, devastatingly powerful memoir of one young person's extraordinary coming of age - a tale of gender and identity, freedom and addiction, rebellion and survival in the 1980s and 1990s, when punk poverty, heroin and art collided in the urban bohemia of New York's Lower East Side.

Darling Days is also a provocative examination of culture and identity, of the instincts that shape us and the norms that deform us, and of the courage and resilience of a child listening closely to their deepest self. When a group of boys refuse to let the six-year-old play ball, iO instantly adopts a new persona, becoming a boy named Ricky, a choice the parents support and celebrate. It is the start of a profound exploration of gender and identity through the tenderest years, and the beginning of a life invented and reinvented at every step.

Alternating between the harrowing and the hilarious, Darling Days is the candid, tough, and stirring memoir of a young person in search of an authentic self as family and home life devolve into chaos until iO escapes to Germany and then England to become an amazingly talented, exciting, edgy artist and wonderful writer.