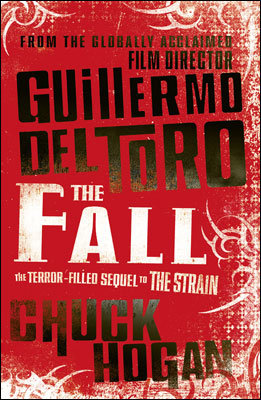 The tension-filled sequel to The Strain, from the world-famous director whose films include Pan’s Labyrinthe and Hellboy.

We survivors are bloodied, we are broken, we are defeated.
But we are not turned. We are not Them.
Not yet.

The virus unleashed on New York City has taken over. Amid the chaos, Dr Ephraim Goodweather leads a small team struggling against the bloodthirsty victims, but fears it may already be too late. Their condition is contagious, and is spreading across the country. Soon, the entire world will fall.

Though Eph understands the threat better than anyone, he is powerless to protect his son Zack. Now corrupted by the deadly strain, Zack's mother, Kelly, stalks the city, awaiting the chance to reclaim her flesh and blood.

Guided by Abraham Setrakian, the brilliant professor and Holocaust survivor, Eph and his team must fight off the great terror ahead. The ultimate plan in store for them and what remains of the human race is far more terrible than anyone can imagine - a fate even worse than total annihilation.

The HandmaidS Tale And The Testaments Box Set

A Land Of Permanent Goodbyes