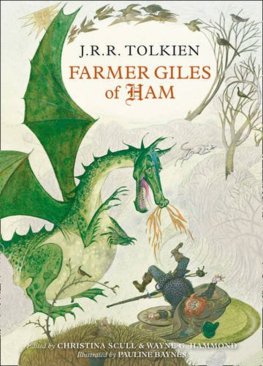 A commemorative golden anniversary edition of Tolkien’s classic book, including a new introduction, a map, a copy of Tolkien’s unpublished short story which he expanded for publication, his notes for an aborted sequel, and the original first edition illustrations by Pauline Baynes.

Farmer Giles of Ham did not look like a hero. He was fat and red-bearded and enjoyed a slow, comfortable life.

Then one day a rather deaf and short-sighted giant blundered on to his land. More by luck than skill, Farmer Giles managed to scare him away. The people of the village cheered: Farmer Giles was a hero.

His reputation spread far and wide across the kingdom. So it was natural that when the dragon Chrysophylax visited the area it was Farmer Giles who was expected to do battle with it!

The Middle-Earth Treasury: The Hobbit & The Lord Of The Rings Boxed Set Edition

Harry Potter and the Chamber of Secrets Slytherin Edition

Harry Potter and the Prisoner of Azkaban

Harry Potter and the Prisoner of Azkaban Hufflepuff Edition