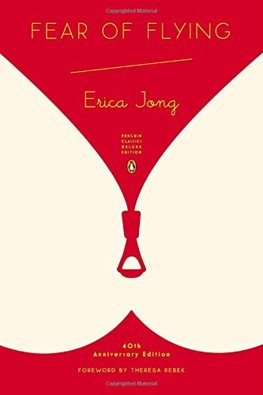 A striking deluxe edition commemorating the 40th anniversary of Erica Jong s groundbreaking classic
Before Hannah from "Girls," Anastasia Steele from "Fifty Shades of Grey," and Carrie Bradshaw from "Sex and the City," there was Isadora Wing, the uninhibited, outspoken protagonist of Erica Jong s revolutionary novel. First published in 1973, "Fear of Flying" caused a national sensation, fueling fantasies, igniting debates about women and sex, and introducing a notorious phrase to the English language. Forty years later, Isadora s honest and exuberant retelling of her sexual adventures and misadventures continues to provoke and inspire, and stands as an iconic tale of self-discovery, liberation, and womanhood. With provocative cover art by illustrator Noma Bar, this special fortieth-anniversary edition will introduce a new generation of women to Jong s pioneering novel.
For more than sixty-five years, Penguin has been the leading publisher of classic literature in the English-speaking world. With more than 1,500titles, Penguin Classics represents a global bookshelf of the best works throughout history and across genres and disciplines. Readers trust theseries to provide authoritative texts enhanced by introductions and notes by distinguished scholars and contemporary authors, as well as up-to-datetranslations by award-winning translators."