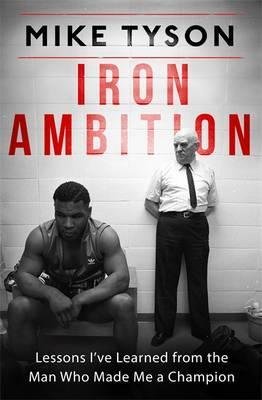 The key to Mike Tyson's unprecedented success in the ring and in overcoming the demons that success laid in his path was his relationship with Cus D'Amato. When the well-past-his-prime boxing trainer and 13 year old felon met, D'Amato saw his one last shot at glory and redemption via the young thug. FIGHTING INSTINCT is the epic story of that five year relationship as well as a guide to the lessons D'Amato imparted that enabled Tyson to become the most devastating heavyweight in boxing history and, later, to achieve sobriety and intimacy with another person.

Cus D'Amato possessed a brilliant mind and a flair for innovation. Well before any sports figure had ever written about Zen or getting in the zone, he realised that the key to success was to achieve a state where thoughts and emotions didn't interfere with a person's intuition. Freed from allowing those thoughts to intrude, D'Amato's successful students reached an exalted level that allowed them to perform at their physical peak. D'Amato also studied fear. Rather than pretending that fear didn't exist for his fighters, he implored them to acknowledge their fear and taught them ways to harness that fear and use it to reach another level of performance. Perhaps most important, D'Amato communicated the vital importance of discipline and schooled Tyson on how to instill discipline in his own life, a skill that has served him to this day. Paradoxically, the very skills D'Amato instilled in Tyson that garnered him untold riches and fame, opened the door to the biggest challenge of the fighter's life, when legions of corrupt bloodsuckers came to prey on him. Only after many years of hard knocks did Tyson return to his roots and use the lessons D'Amato had taught him so long before in the house on the Hudson to restore his sanity and straighten out his life. Tyson's layered path to stability and serenity is a story of uncommon richness and texture.

Alive in Shape and Color

The Recovery of Rose Gold