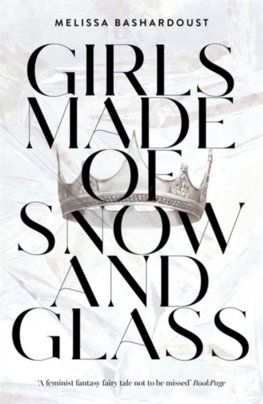 Girls Made of Snow and Glass

ONLY ONE CAN BE QUEEN'A feminist fantasy fairy tale not to be missed' BookPage Sixteen-year-old Mina is motherless, her magician father is vicious, and her silent heart has never beat with love for anyone. In fact, it has never beat at all, for her father cut it out and replaced it with one of glass. When she moves to Whitespring Castle, Mina forms a plan: win the king's heart with her beauty, become queen, and finally know love.

The only catch is that she'll have to become a stepmother. Fifteen-year-old Lynet looks just like her late mother, and one day she discovers why: a magician created her out of snow in the dead queen's image. Lynet would rather be like her fierce and regal stepmother, Mina, but when her father makes her queen of the southern territories, Mina starts to look at Lynet with something like hatred, and Lynet must decide what to do - and who to be - in order to win back the only mother she's ever known .

. . or else defeat her once and for all.

The Man in the High Castle Tie-In