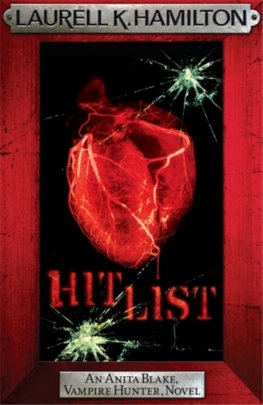 We followed the fresh blood even though every molecule in my body was screaming for me to run. Run before dark. Run before the vampires come.

Run. A serial killer is hunting the Pacific Northwest, murdering victims in a gruesome and spectacular way. The local police suspect 'monsters' are involved, and have called in Anita Blake and Edward, US Marshals who really know their monsters, to catch the killer.

But some monsters are very real. The Harlequin have been the bogeymen of the vampire world for more than a thousand years; they are a secret so dark that even to speak their name can earn you a death sentence. Now they are here in America, hunting weretigers, and human police.

The Harlequin serve the Mother of All Darkness, the first vampire. She was supposed to be dead, but only her body was destroyed. Now she needs a new one, and she's decided that Anita Blake's is the body she wants.

Edward thinks the serial killings are a trap to lure Anita closer to the most dangerous vampire they've ever hunted. The vampires call Edward 'Death,' and Anita the 'Executioner,' but Mommy Darkest is coming to kill one, and possess the other, and she doesn't care how many others have to die along the way.

The Language of Thorns : Midnight Tales and Dangerous Magic

Norse Tales: Stories from Across the Rainbow Bridge