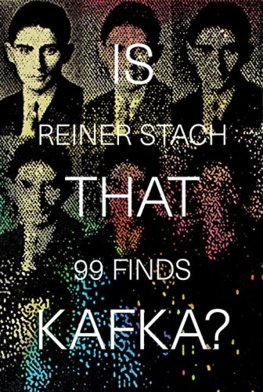 In the course of compiling his highly acclaimed, three-volume life of Kafka, Reiner Stach made one astounding discovery after another: original writings, unexpected photographs, inconsistencies in handwritten texts, surprising excerpts from letters, and testimonies from Kafka s contemporaries that shed surprising light on his personality and his writing.

Is that Kafka? presents tasty morsels all about the real Kafka: he couldn t lie, but he cheated on his high-school exams; bitten by the fitness fad, he avidly followed the regime of a Danish exercise guru; he drew beautifully; he loved beer; he read biographies voraciously; he made the most beautiful presents, especially to children; odd things made him cry or made him furious; he adored slapstick. Every discovery by Stach chips away at the stereotypical version of Kafka as the dark, sexless, tortured neurotic and laughter, of all things, becomes the keynote.

Tale for the Time Being

He lover of Death