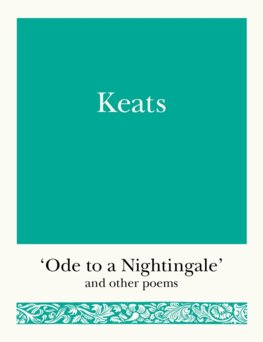 Arguably the greatest of all the English Romantic poets, John Keats left behind him an astonishingly large body of work almost as remarkable for its maturity as for its beauty.

Whether in longer narrative works like 'The Eve of St Agnes', or in such sonnets as 'On First Looking Into Chapman's Homer', or in magnificent odes like those 'To a Nightingale' and 'To Autumn', his verse resonates with lyricism and with sensuous imagery, however melancholy his tone or his subject. His finest poems are among the greatest in the language; almost all of them strike a chord in the heart of even the most jaded reader.

This compact selection includes many of Keats's greatest shorter poems, as well as extracts from his longer works.

A Gift To Remember

The Ladies of Grace Adieu : and Other Stories

Ghost in the Wires

The Girl in the Tower