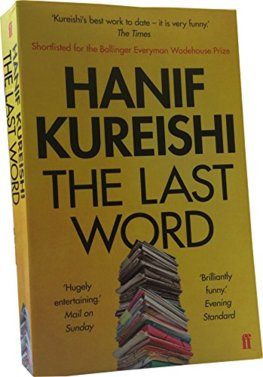 This is shortlisted for the Bollinger Everyman Wodehouse Prize.

The brilliantly funny new novel from Hanif Kureishi Mamoon is an eminent Indian-born writer who has made a career in England - but now, in his early 70s, his reputation is fading, sales have dried up, and his new wife has expensive taste. Harry, a young writer, is commissioned to write a biography to revitalise both Mamoon's career and his bank balance. Harry greatly admires Mamoon's work and wants to uncover the truth of the artist's life. Harry's publisher seeks a more naked truth, a salacious tale of sex and scandal that will generate headlines. Meanwhile Mamoon himself is mining a different vein of truth altogether. Harry and Mamoon find themselves in a battle of wills, but which of them will have the last word? Hanif Kureishi has created a tale brimming with youthful exuberance, as hilarious as it is touching, where words have the power to forge a world.

Something to Tell You

My Ear at His Heart