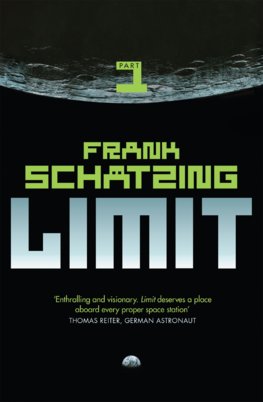 Helium-3 is a rare element that promises to solve all the world's energy problems - and it's been discovered on the Moon, prompting a breathless race between the Americans and Chinese.

In Shanghai, cyber-detective Owen Jericho has been hired to find a missing girl, but what started as a routine investigation soon develops into a nightmarish hunt, where he's the quarry: there's a crazed assassin hot on his heels, all because Yoyo accidentally stumbled onto a secret society called Hydra - and now their lives are at risk.
Following the Hydra trail takes Jericho and Yoyo round the world and finally to the Moon, where a billionaire entrepreneur is entertaining some of the world's richest and most influential men and women in the Gaia, the planet's very first hotel.

But Hydra has its own plans for the Earth - and the Moon. And nothing and no one will be allowed to stand in its way.