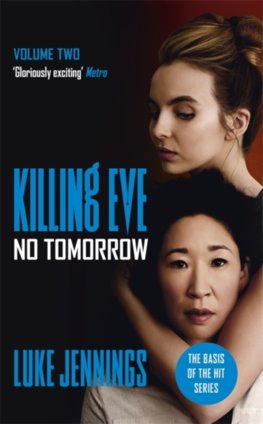 The basis for KILLING EVE, now a major BBC TV series, starring Sandra Oh and Jodie ComerSUNDAY TIMES Thriller of the MonthIn a hotel room in Venice, where she's just completed a routine assassination, Villanelle receives a late-night call. Eve Polastri has discovered that a senior MI5 officer is in the pay of the Twelve, and is about to debrief him. As Eve interrogates her subject, desperately trying to fit the pieces of the puzzle together, Villanelle moves in for the kill.

The duel between the two women intensifies, as does their mutual obsession, and when the action moves from the high passes of the Tyrol to the heart of Russia, Eve finally begins to unwrap the enigma of her adversary's true identity. Codename Villanelle, the first of the Killing Eve series, is out now! Praise for Killing Eve TV series'A dazzling thriller . .

The Death of Jesus

Television Was a Baby Crawling Toward That Deathchamber

Dinner at the Center of the Earth