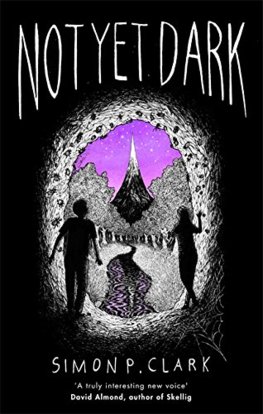 'There are other places, Philippa. Other dreams and mirrors.'

15-year-olds Philippa and Danny have been best friends for years, but things are starting to change between them.

Danny has a new set of friends - the rugby boys - and suddenly whispers of 'Phil the Thrill' start to follow Philippa around school, and she knows exactly where those rumours started.

One evening, Philippa escapes to an abandoned seaside house to clear her head, but quickly discovers that she is far from alone. Not only has Danny secretly followed her, the two of them are about to witness something that will change their lives for ever.

A mysterious Society is meeting in the house to try to summon Death, and Danny and Philippa are caught up in their dark spell.

The pair manages to escape but they soon realise that they're being followed by two children who, as they begin to talk, claim to not be human. Where do these creatures really come from? And what is that they want?

Beautifully written and sizzling with magic, Not Yet Dark will take you on a journey to a world where the line between life and death is blurred, stars are in touching distance, and friendship means absolutely everything.

My Life Next Door

The Falling in Love Montage