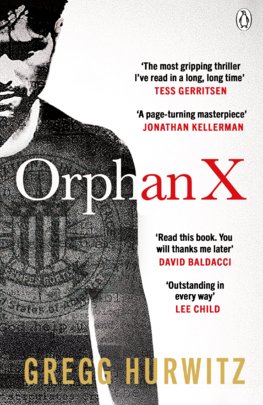 *The Nowhere Man is available for pre-order now*

'OUTSTANDING IN EVERY WAY'
Lee Child
***

'Do you need my help?'
It was the first question he asked.
They called him when they had nowhere else to turn.

As a boy Evan Smoak was taken from an orphanage.
Raised and trained in a top secret programme, he was sent to bad places to do things the government denied ever happened.

Then he broke with the programme, using what he'd learned to vanish. Now he helps the desperate and deserving.

But someone's on his trail.

Someone who knows his past and believes that the boy once known as Orphan X must die . . .

'Orphan X blows the doors off most thrillers I've read and catapults the readers on a cat-and-mouse that feels like a missile launch. Read this book. You will thank me later' David Baldacci

'Orphan X is the most exciting thriller I've read since The Bourne Identity . . . A new thriller superstar is born!' Robert Crais

'Orphan X is not good. Orphan X is great. Whatever you like best in a thriller - action, plot, character, suspense - Orphan X has it' Simon Toyne

'There is a pristine classicism to Gregg Hurwitz's Orphan X, which borrows from Robert Ludlum and superhero lore to bring us Evan Smoak . . . Orphan X is tight and tense in all the right places . . . Orphan X is weapons-grade thriller-writing from a modern master.' Guardian

'A new series character to rival Reacher . . . anyone reading Orphan X won't be surprised that a cadre of peers, from Tess Gerritsen to Lee Child, have lined up to praise it' Independent

'A masterpiece of suspense and thrills ... Turn off the real world and dive into this amazing start to a new series' Daily Mail

'Bond, Frodo, Paddington Bear - some of literature's greatest heroes have been orphans. AddOrphan X's Evan Smoak to the list' Shortlist

'Orphan X is outstanding . . . a smart, stylish, state-of-the-art thriller. It's also the start of a series, one that might give Lee Child's Jack Reacher books a run for their money' Washington Post

'A masterpiece of suspense and thrills . . . Turn off the real world and dive into this amazing start to a new series' Associated Press

Out of the Dark