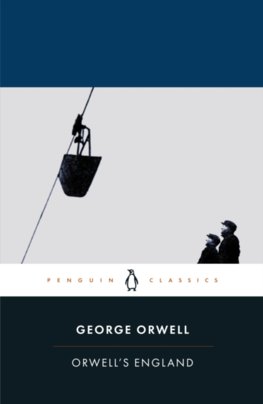 Including The Road to Wigan Pier'No one wrote better about the English character than Orwell' New York Review of BooksMuch of George Orwell's best writing, brought together in this collection, is concerned with his complex, often contradictory attitude to England. In the brilliantly perceptive The English People, he lists the national characteristics as 'suspicion of foreigners, sentimentality about animals, hypocrisy, exaggerated class distinctions and an obsession with sport'. The Road to Wigan Pier, his blistering account of poverty in the north of England, and many of his essays, attack what he called 'the most class-ridden country under the sun', while other writings here ruminate on the merits of cricket, gardening, roast dinners, pubs, tea and seaside postcards.

Edited by Peter Davison with an Introduction by Ben Pimlott

Down And Out In Paris And London

Orwell and the Dispossessed

Ghost Stories of an Antiquary