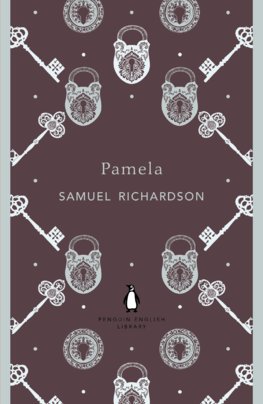 'O the deceitfulness of the heart of man! This John, whom I took to be the honestest of men ... this very fellow was all the while a vile hypocrite, and a perfidious wretch, and helping to carry on my ruin'

Fifteen-year-old Pamela Andrews, alone in the world, is pursued by her dead mistress's son. Although she is attracted to Mr B, she holds out against his demands, determined to protect her virginity and abide by her moral standards.

Psychlologically acute in its explorations of sex, freedom and power, Richardson's first novel caused a sensation when it was published. Richly comic and lively, Pamela contains a diverse cast of characters ranging from the vulgar and malevolent Mrs Jewkes to the agressive but awkward country squire.