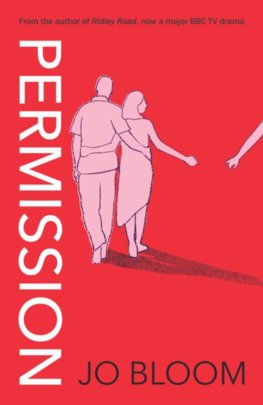 'The hottest new books coming out in July 2022... perfect for a holiday read' Glamour
As featured in Jewish News Life Magazine

Can your marriage survive if you’re both sleeping with other people?

After more than 20 years of marriage, Fay and Steve are happy enough, though life's become routine and lacks excitement. Fay believes an open relationship could reignite the spark they've lost. But can sex ever just be sex?

Steve eventually agrees to the idea of sleeping with other people, but first they must set some ground rules; no sex with friends, no telling the kids, and a limit on how many times they can see the same person. Can their marriage survive non-monogamy – even if they have permission?

From the author of Ridley Road, now a major BBC TV drama.

'Lays bare some of our most cherished beliefs about romantic relationships, then delicately tears them apart' Beth Miller
'Perfect for book clubs seeking their next "what would you do" read' Tammy Cohen
'Prescient, completely believable and slightly terrifying' Rebecca Whitney
'A total binge-read. Characters you can fully invest in, stunning dialogue and a satisfyingly unpredictable story - one of my favourite reads of the year so far' Fiona Mitchell
'An honest, thoughtful, entertaining and intricately-crafted novel about the realities of marriage in middle age' Elyssa Friedland
'A very sensitive and thoughtful approach to a complex and emotive issue' Laura Barnett
'A thoughtful, perceptive exploration of open marriage and its consequences' Susan Osborne, A Life In Books

Property of a Noblewoman

Golem And The Djinni