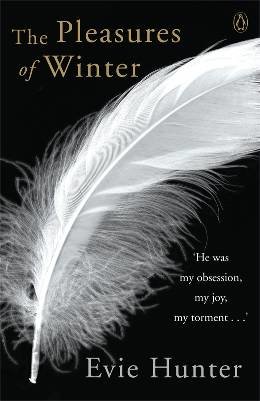 When reporter Abbie Marshall needs to escape Honduras, a private jet carrying a Hollywood A-lister is her only way out. She has a ride home with Irish actor Jack Winter - notorious womanizer and all round bad boy. Abbie is shaken to the core by Winter's blazing beauty and provocative mind.

After the plane's nose-dive into the remote rainforest forces them to fight for survival, Abbie catches tantalizing glimpses of the complicated man behind the image. And the more she sees of him, the more he touches some primal part of her that she is determined to suppress. But after a devastating encounter with Winter's shadow side, Abbie's detachment is shattered.

On returning to normal life, Abbie cannot forget what happened, nor ignore the shocking rumours about the star's private life. Her struggle to make sense of her torment leads straight back to Winter, who is just as obsessed by her. But if they are to have a relationship, Abbie knows she must embrace his hidden desires ... and accept her own.

No longer caring about anything but their intoxicating love affair, Abbie is drawn deeper into the dark heart of Winter - and the secret that threatens to destroy everything ...