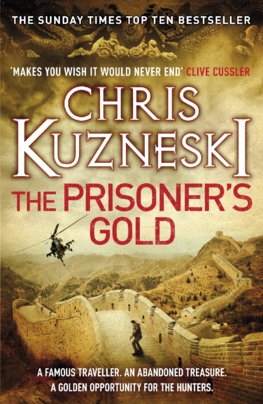 THE HUNTERS return in their third brilliant novel from the Sunday Times Top Ten bestselling author Chris Kuzneski, whose writing James Patterson says has 'raw power'. The team are hunting Marco Polo's hidden treasure, but who is on their tail?

THE HUNTERS
If you seek, they will find...

The travels of Marco Polo are known throughout the world.

But what if his story isn't complete?

What if his greatest adventure has yet to be discovered?

Guided by a journal believed to have been dictated by Polo himself,
the Hunters set out in search of his final legacy:
the mythical treasure gathered during Polo's lifetime of exploration.

But as every ancient clue brings them closer to the truth,
each new step puts them in increasing danger...

The Next Person You Meet in Heaven