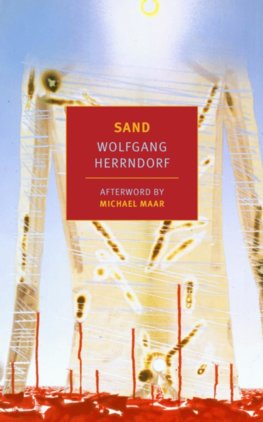 Set in the aftermath 1972 Munich Olympics massacre, this darkly sophisticated literary thriller by one of Germany's most celebrated writers is now available in the US for the first time.

North Africa, 1972. While the world is reeling from the massacre of Israeli athletes at the Munich Olympics, a series of mysterious events is playing out in the Sahara. Four people are murdered in a hippie commune, a suitcase full of money disappears, and a pair of unenthusiastic detectives are assigned to investigate.

In the midst of it all, a man with no memory tries to evade his armed pursuers. Who are they? What do they want from him? If he could just recall his own identity he might have a chance of working it out. .

This darkly sophisticated literary thriller, the last novel Wolfgang Herrndorf completed before his untimely death in 2013, is, in the words of Michael Maar, ';the greatest, grisliest, funniest, and wisest novel of the past decade.' Certainly no reader will ever forget it.

My Name Is Lucy Barton

Battle Scars : A Story of War and All That Follows