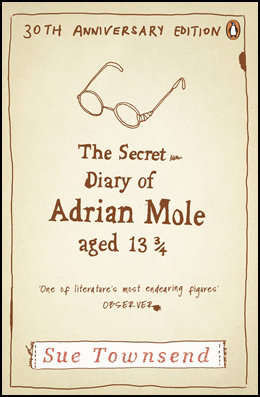 The 30th anniversary edition of the bestselling novel of the 1980s: The Secret Diary of Adrian Mole Aged 13 and 3/4 by comic genius Sue Townsend. Featuring a new introduction by comedian and actor David Walliams as well as over sixty pages of extra material about Adrian Mole, his friends and family.

I felt rotten today. It's my mother's fault for singing 'My Way' at two o'clock in the morning at the top of the stairs. Just my luck to have a mother like her. There is a chance my parents could be alcoholics. Next year I could be in a children's home.

A Pinch Of Magic