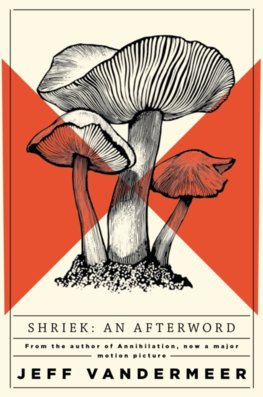 From the author of Annihilation, now a major motion picture on Netflix.Janice Shriek, ex-society figure, narrates this tale with flamboyant intensity and under increasingly urgent conditions. We follow the adventures of her brother Duncan, an historian obsessed with a doomed love affair, and learn of a secret that may kill or transform him. We witness a war between rival publishing houses that will change Ambergris forever.

And we're introduced to the gray caps, a marginalized people armed with advanced fungal technologies, who've been waiting underground for their chance to mould the future of the city. Shriek: An Afterword by the Nebula Award winning author Jeff VanderMeer is an epic yet personal look at life, love and death in the vividly imagined city of Ambergris. And, through this tumultuous story of the family Shriek, the author shows his genius at capturing and displaying the bizarre.

Praised by China Mieville, The Times, Guardian and many others, this tale relates the scandalous, heart-breaking and horrifying secret history of two squabbling siblings and their confidantes, protectors, and enemies.

The Doors of Eden