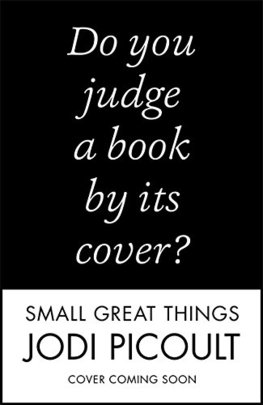 Raised the daughter of a black maid in a privileged white household, Ruth Jefferson is no stranger to prejudice - though as a respected senior nurse, she feels a world away from the inequality that defined her mother's life.

Kennedy McQuarrie is a lawyer who defends those who would otherwise be helpless, and would not consider herself a racist by any means.

When a white supremacist accuses Ruth of a crime that leads to the death of his new-born baby, and costs Ruth her job, Kennedy knows it is the kind of case she became a lawyer to win.

As the trial unfolds and the efforts to establish the truth about what happened in the hospital continue, all three - accused, accuser and defender - will be forced to confront much bigger truths: the truths they tell themselves about the world they live in, the values upon which they've raised their families and the beliefs around which they've lived their lives.

Never afraid to confront the moral dilemma of our times in the most human terms, SMALL GREAT THINGS is Jodi Picoult at her thought-provoking, life-affirming best.

Wish You Were Here

The Book of Two Ways

Legends of the Tour