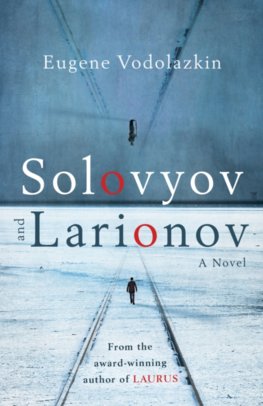 Shortlisted for the Andrei Bely Prize and Russia's National Big Book AwardSolovyov, a young scholar born into obscurity, arrives in St Petersburg to have his thesis topic handed to him: the story of General Larionov. Dismissive at first, his subject soon intrigues the young scholar, even obsesses him: this is no ordinary General. Not only did Larionov fight for the monarchist Whites during the Civil War, he did so with bloody distinction.

So how did he manage to live unharmed in the Soviet Union, on a Soviet pension, cutting an imposing figure on the Yalta beaches, leaving behind a son and a volume of memoirs? The budding young historian sets off to Crimea to look for some lost pages from the General's diary, and on his journey discovers many surprises, not least the charming Zoya, who works at Yalta's Chekhov Museum. With wry humour, philosophical seriousness and a unique narrative style, Solovyov and Larionov is a genre-defying historical detective novel that explores a fascinating period of Russian history.

The Housekeeper and the Professor