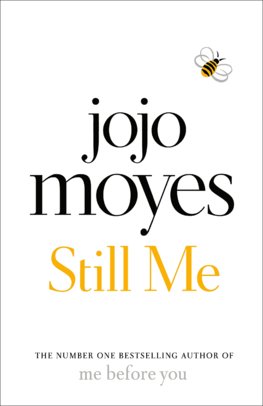 Coming soon - the third Lou Clark novel by Jojo Moyes, following the Number One international bestsellers Me Before You and After You

Lou Clark knows too many things . . .

She knows how many miles lie between her new home in New York and her new boyfriend Sam in London.

She knows her employer is a good man and she knows his wife is keeping a secret from him.

What Lou doesn't know is she's about to meet someone who's going to turn her whole life upside down.

Because Josh will remind her so much of a man she used to know that it'll hurt.

Lou won't know what to do next, but she knows that whatever she chooses is going to change everything.

Girl You Left Behind

Last Letter from Your Love