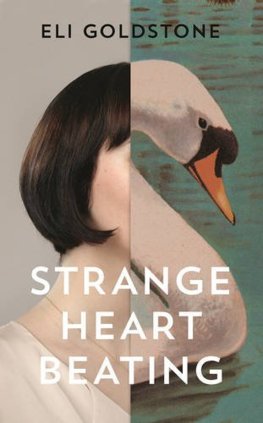 Seb's beautiful, beloved wife Leda has been killed by a swan. With a name like that, with a bizarre family history like hers, it isn't really surprising. Seb has a grip on her story and its aesthetics; he knows how it should go. Except that he doesn't. Sorting through her belongings after her death, he comes across a packet of unopened letters from a man whom Leda has never mentioned. It is a loose detail in the thread of his narrative that, when pulled, unravels the whole story of his marriage. Who is this stranger who knew her so well? Why did she flee her home village in Latvia? What happened to her as a young woman in London? Who, Seb wonders, was his wife? Floundering professionally and sunk by grief, he decides to travel to Latvia to find her. He is met, instead, with the living ghosts of her past, all of whom knew a fragment of Leda - but none of whom are willing to share their secrets with him. A darkly funny and seductive novel that confronts the black undercurrent of possession inherent in love, and the impossibility of ever truly knowing even those dearest to us, Strange Heart Beating is a breathtaking debut from an author whose vision is both acerbic and tender.