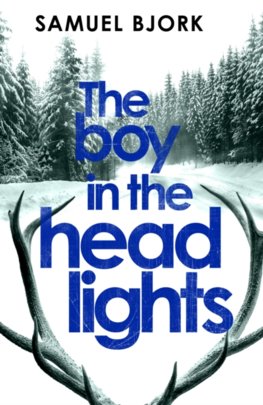 The Boy in the Headlights

The bestselling series, a former Richard and Judy bookclub pick, returns with another chilling case.

Munch and Kruger. An unexpected pairing. A brilliant team.

An old man is driving home. It is dark and cold, and his is the only car on the road. Suddenly his headlights catch an animal up ahead.

He hits the breaks furiously. Just in front of his bonnet he finds a young boy with a set of deer antlers on his head.

Her body hidden in the boot of a car. She is the first but she won't be the last.

Holger Munch is glad for the work; his personal life is anything but simple and escape is sweet.

Mia Kruger is a woman on a mission. For the first time in a long time, she is clean.

As more victims are reported, each crime scene is a little different to the last.

There's an uncanny resemblance to cases from Mia's past. And then one day she sees a familiar face on the bus. It is her sister Sigrid, but she knows that's not possible, she's got the death certificate to prove it.

The Boy in the Headlights

The Man in the Woods