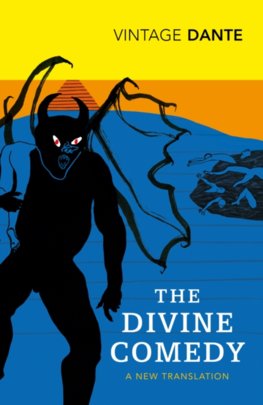 A NEW TRANSLATION BY STEVE ELLISHalfway through life, you find yourself lost, unsure of the right path. Greed, deception and pride have led you away from the ideals and dreams you cherished in younger days. How do you go on?This is the starting point of one of the most extraordinary and important journeys in western literature, a stunningly ambitious flight of imagination and philosophy which has reverberated down the years since Dante Alighieri first wrote it down in the fourteenth century.

The Divine Comedy is a vision of the afterlife, the three regions of Hell, Purgatory and Paradise, through which the narrator must journey in order to better understand the workings of the universe, the love of God, and his place in the world. Poet and translator Steve Ellis translated the Inferno in 1994, and it was greeted with great acclaim. Now Ellis's translation of the entire poem is published here for the first time, and Dante's epic can be experienced afresh and in new glorious life and colour, the physicality and immediacy of Dante's verse rendered in English as never before.

Praise for Steve Ellis's translation of Inferno: 'A considerable tour de force, alive, immediate, energetic and very moving' A.S. Byatt'Energetic, racy, rude and lyrical...buy this translation and spend a damn good season in hell' Independent'It's good to have a version which one can read through with excitement in a few hours. This edition benefits also from the economical but always helpful footnotes on each page...

Steve Ellis deserves our gratitude...for introducing - as he surely will do - new readers to the Inferno' Stephen Spender, Sunday Telegraph

Acts of King Arthur and His Noble Knights