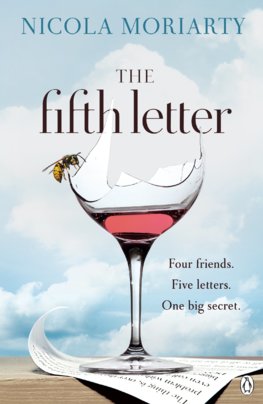 Four friends. Five Letters. One Secret.
A scandalous breakthrough novel from Nicola Moriarty that will leave you asking, how well do I really know my friends?

Best friends since the first day of school. Best friends, they liked to say, forever.

But now they are in their thirties and real life - husbands, children, work - has got in the way. So, resurrecting their annual trip away, Joni has an idea, something to help them reconnect.

Each woman will write an anonymous letter, sharing with their friends the things that are really going on in their lives.

But as the confessions come tumbling out, Joni starts to feel the certainty of their decades-long friendships slip from her fingers.

And then she finds another letter. One that was never supposed to be read. A fifth letter. Containing a secret so big that its writer had tried to destroy it. And now Joni is starting to wonder, did she ever really know her friends at all?

All We Ever Wanted

The Psychology of Time Travel