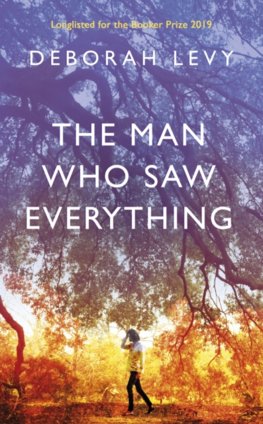 The Man Who Saw Everything

LONGLISTED FOR THE BOOKER PRIZE 2019'An utterly beguiling fever dream of a novel... Its sheer technical bravura places it head and shoulder above pretty much everything else on the [Booker] longlist' Daily Telegraph 'An ice-cold skewering of patriarchy, humanity and the darkness of the 20th century Europe' The Times 'The man who had nearly run me over had touched my hair, as if he were touching a statue or something without a heartbeat...'In 1988 Saul Adler (a narcissistic, young historian) is hit by a car on the Abbey Road. He is apparently fine; he gets up and goes to see his art student girlfriend, Jennifer Moreau.

They have sex then break up, but not before she has photographed Saul crossing the same Abbey Road. Saul leaves to study in communist East Berlin, two months before the Wall comes down. There he will encounter - significantly - both his assigned translator and his translator's sister, who swears she has seen a jaguar prowling the city.

He will fall in love and brood upon his difficult, authoritarian father. And he will befriend a hippy, Rainer, who may or may not be a Stasi agent, but will certainly return to haunt him in middle age. Slipping slyly between time zones and leaving a spiralling trail, Deborah Levy's electrifying The Man Who Saw Everything examines what we see and what we fail to see, the grave crime of carelessness, the weight of history and our ruinous attempts to shrug it off.

'Levy writes on the high wire, unfalteringly' Marina Warner'It's clever, raw and doesn't play by any rules' Evening Standard'Intelligent and supple...a dizzying tale of life across time and borders' FT

Things I Dont Want to Know

The Man Who Saw Everything

The Cost of Living

The Cost of Living