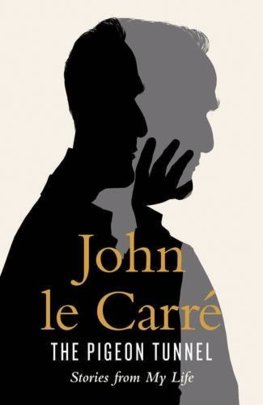 'Out of the secret world I once knew, I have tried to make a theatre for the larger worlds we inhabit. First comes the imagining, then the search for reality. Then back to the imagining, and to the desk where I'm sitting now.'

The Pigeon Tunnel, John le Carré's memoir and his first work of non-fiction, is a thrilling journey into the worlds of his 'secret sharers' - the men and women, who inspired some of his most enthralling novels - and a testament to the author's extraordinary engagement with the last half-century. The reader is swept along not just by the chilling winds of the Cold War or by the author's frightening journeys into places of terrible violence but, most importantly, by the author's inimitable voice. In this astonishing work we see our world, both public and private, through the eyes of one of this country's greatest writers.

'When I was under house arrest I was helped by the books of John le Carré ... they were a journey into the wider world ... These were the journeys that made me feel that I was not really cut off from the rest of humankind' Aung San Suu Kyi

Boy That Never Was