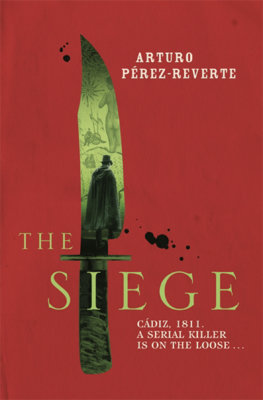 Cádiz, 1811. Spain is battling for independence while America is doing the same. But in the streets of the most liberal city in Europe other battles are taking place. A serial killer is on the loose, flaying young women to death. Each of these murders takes place near the site where a French bomb has just fallen. It is the job of policeman Rogelio Tizon to find the murderer and avoid public scandal in a city already posied on the brink.

Cádiz is a complex chessboard on which an unseen hand is moving the pieces that will decide the fate of its protagonists: a corrupt and brutal policeman; the female heir to important shipping company; an unscrupulous corsair captain; a taxidermist who is also a spy, a hardened soldier, and an eccentric French artilleryman.

With all the intrigue and romance of Perez-Reverte's bestsellers, THE DUMAS CLUB and THE FLANDERS PANEL, THE SIEGE is the story of a city and a people who will never be the same again.

The Queen of the South

Catch As Catch Can