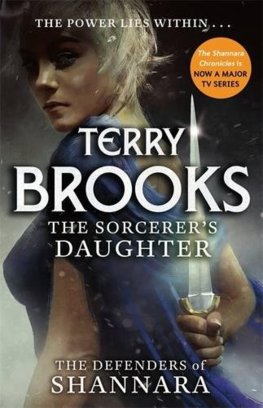 The inspiration for the epic new Shannara Chronicles TV series, the world of Shannara is brimming with untold stories and unexplored territory. Now bestselling author Terry Brooks breaks new ground with a stand-alone adventure sure to thrill devoted readers and new fans alike.

Blood and magic will collide . . .

Leofur is the daughter of Arcannen, a power-hungry sorcerer prepared to use the blackest of magic to get what he wants.

But she is also devoted to Arcannen's nemesis, Paxon Leah - sworn protector of the Druids who defend the Four Lands against evil.

When the Druids are forced to flee, having been framed for a murderous rampage which leaves many dead, Paxon knows that the evil sorcerer Arcannen is behind it. As the Druids seek sanctuary, Leofur sets out on a perilous quest to thwart her father's desires to destroy them all . . .

'I would not be writing epic fantasy today if not for Shannara' Peter V. Brett

'A master of the craft . . . required reading' Brent Weeks

The Black Elfstone: Book One of the Fall of Shannara

Stranger Things: Darkness on the Edge of Town