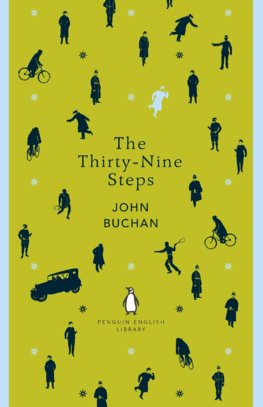 'My guest was lying sprawled on his back. There was a long knife through his heart which skewered him to the floor'
Richard Hannay has just returned to England after years in South Africa and is thoroughly bored with his life in London. But then a murder is committed in his flat, just days after a chance encounter with an American who had told him about an assassination plot which could have dire international consequences. An obvious suspect for the police and an easy target for the killers, Hannay goes on the run in his native Scotland where he will need all his courage and ingenuity to stay one step ahead of his pursuers.

The Penguin English Library - collectable general readers' editions of the best fiction in English, from the eighteenth century to the end of the Second World War.

Anne of Green Gables: The Sisterhood

The Misanthrope and Other Plays