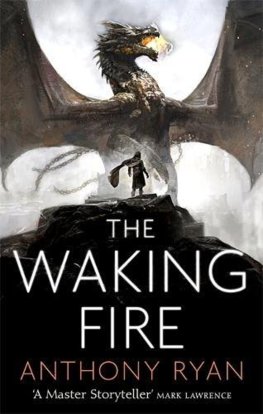 Anthony Ryan - bestselling author of fantasy sensation Blood Song - returns with an action-packed new epic fantasy of exploration and adventure, spies and assassins, explosive magic and the furious battle to forge an empire.

Claydon Torcreek is a Blood-blessed, able to channel the powers contained in the blood of wild drakes. While his brethren serve as elite spies and assassins, Clay prefers the life of a small-time criminal in the dangerous slums of Carvenport.

Yet war is coming, and it seems Clay is going to end up on the losing side - unless he can track down a legendary drake, whose powerful blood might just be enough to achieve victory. Clay has handled many things in his time (most of them illegal) but nothing as priceless as his nation's future.

'Fabulous . . . Sure to be another fantasy classic' Huffington Post UK

'A marvellous piece of imagination with plenty of twists, a refreshingly different setting, and excellent world-building' Mark Lawrence

Brief History Of The Hobbit

Hard To Be A God