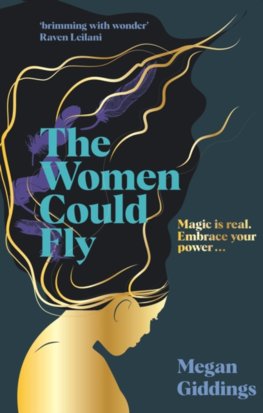 The Women Could Fly

"Megan Giddings's prose is brimming with wonder. The Women Could Fly is a candid appraisal of grief, inheritance, and the merits of unruliness." Raven Leilani

Reminiscent of the works of Margaret Atwood, Deborah Harkness, and Octavia E. Butler, The Women Could Fly is a feminist speculative novel that speaks to our times. A piercing dystopian tale about the unbreakable bond between a young woman and her absent mother, set in a world in which magic is real and single women are closely monitored in case they are shown to be witches . . .

Josephine Thomas has heard every conceivable theory about her mother's disappearance. That she was kidnapped. Murdered. That she took on a new identity to start a new family. That she was a witch. This is the most worrying charge, because in a world where witches are real, peculiar behaviour raises suspicions and a woman - especially a Black woman - can find herself on trial for witchcraft.

But fourteen years have passed since her mother's disappearance, and now Jo is finally ready to let go of the past. Yet her future is in doubt. The State mandates that all women marry by the age of thirty - or enrol in a registry that allows them to be monitored, effectively forfeiting their autonomy. At twenty-eight, Jo is ambivalent about marriage. With her ability to control her life on the line, she feels as if she has her never understood her mother more. When she's offered the opportunity to honour one last request from her mother's will, Jo leaves her regular life to feel connected to her one last time.

In this powerful and timely novel, Megan Giddings explores the limits women face - and the powers they have to transgress and transcend them.

Mechanic : The Secret World of the F1 Pitlane

And the Mountains Echoed

Then She Was Gone