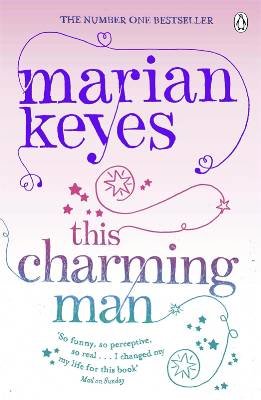 Marian Keyes, author of Sushi for Beginners and The Other Side of the Story, explores the quirks of love and life in her international best-seller This Charming Man.

But for four women in particular, the big news about the charismatic politician is especially momentous . . .

Stylist Lola has every reason to be interested in who Paddy's marrying - because she's his girlfriend, yet she definitely isn't the bride-to-be . . .Journalist Grace wants the inside story on the de Courcy engagement and thinks Lola holds the key . . .while Grace's sister, Marnie, still can't forget her first love: a certain Paddy de Courcy. And what of the soon-to-be Mrs de Courcy? Alicia will do anything for her fiancé and is determined to be the perfect wife. But does she know the real Paddy?

Brightest Star in the Sky

Lucy Sullivan is Getting Married

Last Summer in the City