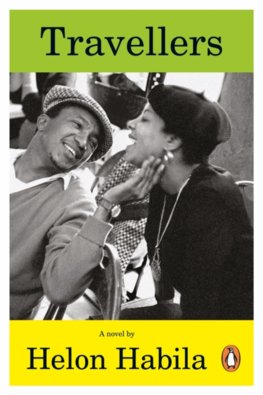 'Once I started reading Travellers, I couldn't stop. With power and control, it plunges the reader into a maze of lives that crisscross between Africa and Europe. Refugees and not only refugees hungering for the north, pushing their way through the barriers of waves, human failings and unrealistic dreams.The novel has all the weight of art with the sting of breaking news.

I loved it. It is Habila at his best' Leila AboulelaPoignant and beautifully sculpted, a novel about exile, identity and the many kinds of travellers moving through our modern world - from the Caine Prize-winning author of Oil on Water and Waiting for an AngelModern Europe is a melting pot of migrating souls: among them a Nigerian American couple on a prestigious arts fellowship, a transgender film student seeking the freedom of authenticity, a Libyan doctor who lost his wife and child in the waters of the Mediterranean, and a Somalian shopkeeper trying to save his young daughter from forced marriage. And, though the divide between the self-chosen exiles and those who are forced to leave home may feel solid, in reality such boundaries are endlessly shifting and frighteningly soluble.

Moving from a Berlin nightclub to a Sicilian refugee camp to the London apartment of a Malawian poet, Helon Habila evokes a rich mosaic of migrant experiences. And through his characters' interconnecting fates, he traces the extraordinary pilgrimages we all might make in pursuit of home.

The Two Lives of Lydia Bird