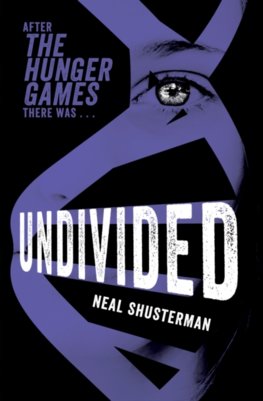 Proactive Citizenry, the company which created Cam from the parts of unwound teens, has a plan: to mass produce Rewound teens like Cam for military purposes. But below the surface is of that horror lies another shocking level of intrigue: Proactive Citizenry has been suppressing technology that could make unwinding completely unnecessary. As Conner, Risa and Lev uncover these shocking secrets, enraged teens begin to march on Washington to demand justice and a better future.

But more trouble is brewing. Starkey's group of storked teens are growing more powerful and militant with each new recruit. And if they have their way, they'll burn the harvest camps to the group, and put every adult in them before a firing squad-which could destroy any chance America has for a peaceful future.

Praise for UNWIND: "This is the kind of rare book that makes the hairs on your neck rise up. It is written with a sense of drama that should get it instantly snapped up for film." The Times "Gripping, brilliantly imagined futuristic thriller... The issues raised could not be more provocative - the sanctity of life, the meaning of being human - while the delivery could hardly be more engrossing or better aimed to teens." Publishers Weekly, starred review "a powerful, shocking, and intelligent novel...

It's wonderful, wonderful stuff." thebookbag.co.uk "This book challenges ones ideas about life, about morality, about religion, about fanatics. It is not a comfortable read but it is thought-provoking." Carousel

Scary Stories to Tell in the Dark: The Complete Collection