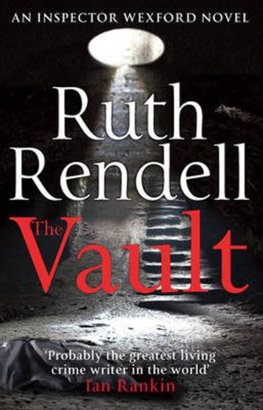 'Don't forget,' Wexford said, 'I've lived in a world where the improbable happens all the time.' However, the impossible has happened. Chief Inspector Reg Wexford has retired. He and his wife, Dora, now divide their time between Kingsmarkham and a coachhouse in Hampstead, belonging to their actress daughter, Sheila. Wexford takes great pleasure in his books, but, for all the benefits of a more relaxed lifestyle, he misses being the law. But a chance meeting in a London street, with someone he had known briefly as a very young police constable, changes everything. Tom Ede is now a Detective Superintendent, and is very keen to recruit Wexford as an adviser on a difficult case. The bodies of two women and a man have been discovered in the old coal hole of an attractive house in St John's Wood. None carries identification. But the man's jacket pockets contain a string of pearls, a diamond and a sapphire necklace as well as other jewellery valued in the region of GBP40,000. It is not a hard decision for Wexford. He is intrigued and excited by the challenge, and, in the early stages, not really anticipating that this new investigative role will bring him into extreme physical danger.

Careful Use of Compliments

I Heard You Paint Houses

An Ember In The Ashes: A Torch Against The Night