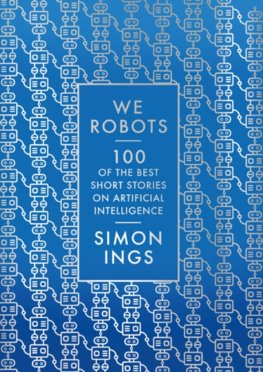 Simon Ings presents 100 of the best SF short stories on artificial intelligence from around the world. From 1837 through to present day, from Charles Dickens to Cory Doctorow, these stories demonstrate humanity's enduring fascination with artificial creation. Crafted in our image, androids mirror our greatest hopes and darkest fears: we want our children to do better and be better than us, but we also place ourselves in jeopardy by creating beings that may eventually outthink us.

This compelling SF figure has persisted across decades and subgenres so the anthology is organised into six thematic sections: Making Robots, Dealing with Robots, Served by Robots, Changing Places with Robots, Being Robots and, finally, Supplanted by Robots. Featuring Ken Liu's 'The Caretaker', where an elderly man's android careworker is much more than it first appears, while in Isaac Asimov's 'Liar!', a telepathic robot is driven to madness. A man plans to kill a simulacrum of his wife, except his shrink is sleeping with her in Robert Bloch's 'Comfort Me, My Robot'.

We, Robots collects the finest android short stories the genre has to offer, from the biggest names in the field to exciting rising stars.

The Hills Have Spies